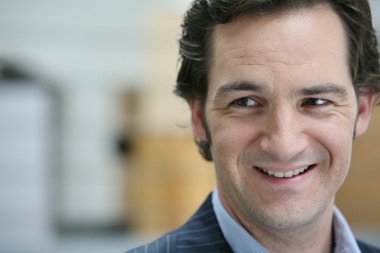 Programmatic has caught hold around the globe, which is why I’m always eager to hear new perspectives from people stationed in other countries. You’ll hear that the programmatic market is at different stages of development in each country — that Country X is where Country Y was one year ago — but one thing everyone has in common are questions about transparency.

Martin Albrecht, co-founder of media agency Crossmedia, spoke with RTM Daily about the topic. He doesn’t believe transparency is a moral issue, but does maintain that it is “vital to the health and future of the media agency business.”

Albrecht is based in Germany, so he provides a global perspective on the issue. Here are his thoughts on the German market, the morality of transparency and the impact it has on media agencies.

RTM Daily: Germany is sometimes referred to as one of the fastest-growing markets in terms of programmatic adoption. Why is this?

Martin Albrecht: When it comes to programmatic, Germany has some catching up to do compared to other sophisticated international media markets. Germany’s powerful media owners have been able to hold up the fort of relationship-based buying for longer than their colleagues in other international media markets, notably the U.S. and the UK. So far, due to a lack of premium inventory available for real-time advertising, industry experts argue that most programmatic campaigns are still in testing mode. This under-development was recently demonstrated by the hoopla that Axel Springer’s cooperation with Google created — even though the partnership is expressly limited only to remnant inventory.

However, the promise of “transparency” that forms a good part of the real-time advertising hype is not quite the same “transparency” that came to symbolize client outrage since the late 90s in Germany: The transparency of programmatic has to do with market accessibility and a client’s ability to compare pricing.

While related, the discussion about “transparency” — that in the U.S. has heated up only in the last two years — has to do with the origin of inventory and whether or not agencies should be allowed to buy and sell media at the same time.

Between those two “transparencies,” we would argue that while clients have increased their gauge on the adequacy of pricing, they are losing the battle for agencies acting only on behalf of clients’ best interest: globally, agencies are embracing the lucrative trading model vs. the traditional principal-agent relationships.

RTMD: You don’t believe transparency is a moral issue. Why not?

Albrecht: Clearly, an industry starts discussing ethics when it is shaken by scandals like the German media industry was in the late 2000s: the CEO of the largest media agency in jail for embezzlement, the two largest TV sales houses convicted to pay 200 million EUR in fines for illegal cartel agreements and two major clients dragging their agencies to court over the rights to media rebates.

But the real issue behind (and the value of) transparency is actually neutrality. Traditionally, agencies have acted on behalf of their clients and clients insisted that such advice was free of any conflicts of interest. In today’s marketplace though, through an endless variety of how media owners reward being placed on agencies’ media plans, these media agencies have increasingly become sellers, rather than buyers, of media, so they cannot escape a conflict of interest.

There is nothing wrong about being a pharmacist, of course, but the issue in our industry is that many clients still believe they are talking to doctors.

Albrecht: It is helpful to remember that the profession of media planning is only as old as the proliferation of media. With limited options — commercial TV in Germany didn’t exist until 1985 — media was a purely administrative function. With the proliferation of choices, media became a challenge for advertisers, and media planning has evolved into the art and science of understanding and maneuvering these options.

So just like the financial and pharmaceutical industries have taken steps to ensure the neutrality of advice, the media industry needs to clearly distinguish between the selling of media space and the consulting thereof. Transparency ensures neutrality, and neutrality ensures quality of advice. Without transparency and agencies morphing into media sales houses, the traditional triangle of advertisers, media and agencies breaks apart.

RTMD: Who is to blame if the industry doesn’t become more transparent? On some level, the answer is „everyone,“ but who shoulders the most weight?

Albrecht:  True — everyone; but let’s first look at who suffers the damage.

On the surface, all sides of the triangle are fine: Media agencies have adapted to the market and have reengineered themselves as media traders, because this is more lucrative for them than selling advice. And who would blame the media for giving in to those who bundle demand? And clients are fine as long as auditors regularly confirm that they aren’t paying above market average.

So why all the fuss? One, because auditing firms confirm only the price point — but they have no way of judging the quality and the strategic fit of a client’s media plan (you need media planners for that). Two, with increasing concentration in the agency world, the media are slowly but surely handing over the power of pricing to the agencies. And three, clients without trusted media expertise in-house are an easy target for biased media plans and for buying an agency’s inventory that is discounted, but — given agency profitability where it is — probably not discounted enough.

So while everyone shares some blame and all sides lose in the long term, there is a surprisingly easy answer on who can fix this: the client.

Since they pay for the whole party, clients do and should make the rules. They have wrestled 120 days payment terms from agencies, they require non-compete clauses and are demanding that agencies shoulder the cost of proving media efficacy.

There is only one sad reason clients would not insist on transparency: they have given up on their agencies’ ability to provide advice. But to get through the maze of today’s media market, clients need media planners — not vendors — more than ever before.

Smart, passionate and honest advice requires neutrality. And we would encourage clients to challenge their agencies to build a business model based on smarts, not on scale, not on data and not on maximizing profit from inventory with debatable ownership.

RTMD: How will media agencies have to adopt to the way media is bought and sold today? Is it any different in Germany versus the U.S.?

Albrecht: Media agencies — not only in Germany — are experiencing the Gold Rush these days: Inflation is their best friend, they comfortably rise to a role of gatekeeping media inventory, and with programmatic buying and Big Data on the rise, agencies are successfully preparing clients for a world of services that do not require smart and expensive personnel. They will change only if forced.

Such force can come from a truly open marketplace, which would diminish the importance of scale gained in the TV-era (which is by no means showing signs of fatigue, by the way). Or it can come from smarter client procurement, mastering the task of truly comparing media efficacy vs. just efficiency.

There is also the possibility of legislative action to counter the threat of an oligopoly of media agencies (taking the Japanese market as a warning example). Also, in Germany — a country with a long and proud tradition of quality journalism — legislators might start to worry about the ability of the likes of Der Spiegel to comply with media buyers’ bottomless demands for discounting.

Or maybe, marketers will overcome animosities among themselves and form their own — fully transparent — buying pool and force a renewed focus on planning on their agencies?

And finally, maybe the latest absurdity in the German marketplace will convince clients that the downward spiral of this industry is not designed to meet their needs; the country’s largest TV-sales houses are revising general terms so that advertisers must keep certain discounts and conditions confidential and are to be kept exempt from the practices of media auditing firms.