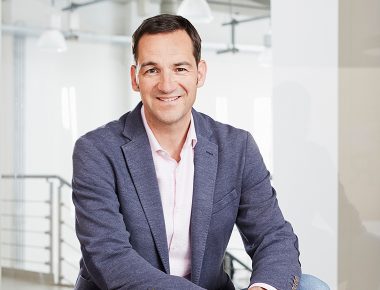 German publishers complain at a high level compared to their European competitors but the proportion of print media in the advertising market has been shrinking in Germany for years as well – and also to a much higher degree then the dwindling readership. Beneficiaries are digital formats, but especially the large internet behemoths such as Facebook and Google. What inspires this boom? And what is weakening advertising in print in the eyes of advertisers? What do innovative business models look like for publishers and how has the attitude of modern print media publishers to change?

These questions are being addressed by Print Power. As a European initiative Print Power is working to highlight the strengths of the media genre, hence combating prejudices against print. The Drum in partnership with Print Power managing director, Ulbe Jelluma invited media planners to the Haus der Kommunikation of the agency group Serviceplan in Berlin; in the immediate vicinity of the new Google HQ and YouTube. Participants around the table included Martin Albrecht, who runs the independent media agency Crossmedia; Till Buchner, managing partner client service of the OMD in Berlin; Martin Schwarz, head of digital media at the Austrian specialist publisher Weka Industrie Medien.

Is print dead? For years this narrative has dominated the industry, however the media planners believe it is incorrect as it sets the wrong tone. “With this question, print degrades itself,” said Albrecht. “If anything, digital is dead. There is no longer any non-digital media. Publishers need to work out though how their offerings can look in a digital world.”

Young colleagues in agencies and in companies underestimate the relevance of print as an advertising medium and its importance to readers, the panellists agreed.

Media is a job for generalists, emphasised Albrecht. “I need to be able to explain the whole spectrum to my client. That’s a training topic we must tackle,” he said. Google and Facebook define large parts of the value chain meanwhile, so if that is the way how young planners think and work, print needs to be aligned with that. The media business is thus changing from a strategic to a tactical task, in which many questions are avoided. “This has changed the way people work, they are trained for optimisation. They take small steps on given paths – instead of seeing the customer’s strategic problem between topic and target group. Media was once thought much broader,” said Albrecht. “We need digital experts. But we must, and much more than in the past, educate our people on a strategic and critical approach to work.”

Long-term views have gone to rack and ruin. Facebook and Google impose new rules and their KPIs on the advertising market. “At the moment we are experiencing a strong trend towards measurability, everything has to be measurable,” explained Albrecht. “That said, one thing is clear: the more I look at short-term KPIs, the easier it is to measure success. And because the KPIs are easier to measure, they receive more acceptance. Thus, also the media which promote these KPIs. But that does not mean that long-term KPIs do not work. We simply lose sight of them.”

This lowers the price. “High-quality environments are artificially cheap, they are not adequately priced.”

As a result, agency resources can be better utilized and more easily controlled, believes Albrecht. “However, this course will ruin our system in the long run. We have to pay more attention to efficiency again – but this is actually a much tougher task.” Because it requires more time, more money, more talent. And customers with staying power.

“We have to convince our customers that brands can only experience long-term growth if they break away from short-term KPIs. Here, I also see the responsibility as an agency if we don’t want to be reduced to a cheap click supplier,” warned Albrecht. Drawing on his own experience, 80% of the target group for whom the planning was optimised would have become a customer anyway. “The optimization of short-term KPIs has almost proven to be a zero-sum game. This can be avoided by better data research. That’s why intelligent customers are looking deeper. They find better methods and invest in a more reliable measurement to determine the effectiveness. Even if that costs more.”

Can we take an intelligent look at the data?

Also, agencies need to drive their own research again and explore “how data can be connected in a purposeful way,” the media planners added but also take publishers up their promise. […]

In the medium term, print marketing adapts to digital marketing. “We are driven by real time data. And that’s wonderful,” said Albrecht. Print media cannot close off this fact. “We sold a lot of hope over the past decades. No one wants brand awareness, but ultimately, it’s about revenue.” So, the data topic cannot be avoided. […] The Ad Alliance, in which various publishers have joined forces for marketing purposes and pool their data, is the right start. […]

The Ad Alliance could also serve as an example on how publishing houses could collaborate on an editorial level in order to develop digital revenue models. In addition, having editorial and marketing under one roof may be no longer self-evident in the future. For Albrecht: “I no longer think it imperative that content for the readership and advertising originates from a single source. This is very much an anachronism, a grown structure from the past that is up for grabs today.”

Fresh structures could promote new digital revenue models, for which Albrecht and Buchner assume a willingness to pay, especially among young target groups. “We are the generation in the middle. Readers growing up today will pay much more willingly for digital content than we do now.” An important trend, also for print media: With fewer free offers, real journalism as a product becomes increasingly rare as print still delivers the best quality in the eyes of advertising customers.

“We will definitely experiencing a renaissance of quality and relevance,” Buchner believes. More in-depth content that readers consume sustainably; niches in which media and journalists act as experts and provide orientation. This is where print has its strengths. “Food, fashion, living: Print inspires, I want the content to find me”, added Albrecht.

According to the two media planners, the industry has too quickly stifled the debate on media diversity, democracy preservation and social responsibility of advertising companies, which Gruner+Jahr boss Julia Jäkel recently launched. “Since when do we neglect the quality of media and environments when it comes to advertising effectiveness,” Albrecht questioned. Publishers need to invest heavily to proof their quality.

“They fight the wrong battle: Facebook is not the right opponent. You need to proof that quality works and has an impact. Only then consultants can justify print media investments to their customers. It’s not a competition of channels, it is a competition for efficacy proofs.”

Simply put: If you do not invest in quality, you will most likely lose or go out of business. If you can prove that quality works, the future will be yours.